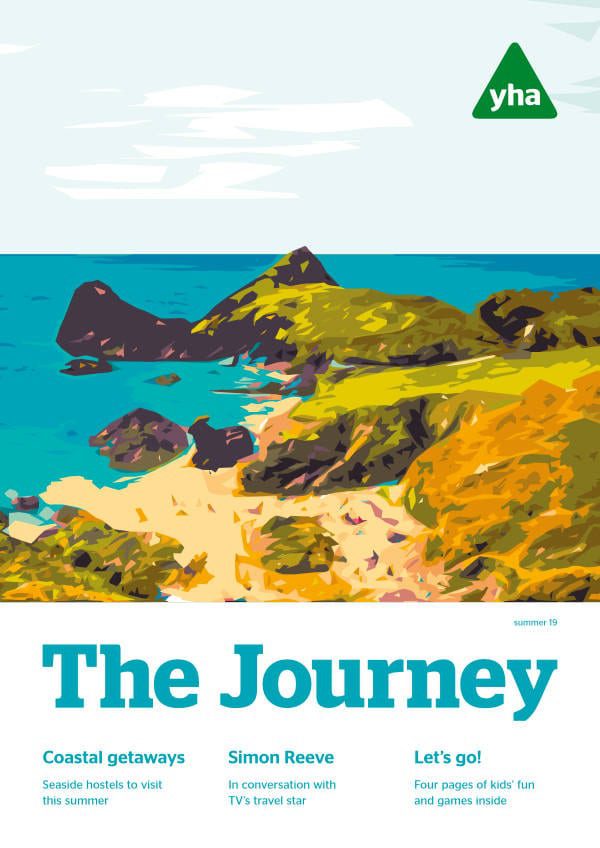 Hostelling with my family

YHA Boggle Hole, Robin Hood’s Bay. I loved the name, and the address. Deciding that was enough research, I went straight ahead and booked nine nights in The Crow’s Nest, a new accommodation block perched high above an old mill in a wooded valley on the North Yorkshire coast. I didn’t foresee that this hastily-arranged family holiday in August 2017 would mark the beginning of a whole series of hostel-based adventures, or that it would ignite in me a passionate enthusiasm for this inspiring charity. Now I want everyone – and especially families with young children – to know about YHA and its proud past and present of hospitality and inclusiveness.

The first inkling I had that YHA is a special kind of organisation was when I emailed YHA Boggle Hole in advance of our stay, explaining that our son, then eight, was autistic and had little sense of danger. Were there any particular hazards I should be aware of? I received a kind and detailed reply that mentioned the changing tides, deep ponds, and crumbling cliffs, as well as the reassuring fact that the hostel is car-free apart from delivery vehicles. Having all this information in advance put my mind at rest.

In the event, our son loved everything about YHA Boggle Hole. He could spend all day under the scudding clouds on the beach and then, when dusk fell, simply jump across a shallow stream to the hostel. He ran far and fast with no obstacles; got caked in sand and mud; flew a kite for the first time; sang in the caves and explored the woods, where there is a little house containing a boggle (a mischievous local elf, it transpired).

His younger sister, then five, also loved it, for many of the same reasons and also because of the sea-themed activities offered as part of a collaboration between the hostel and the Yorkshire Wildlife Trust. There were microscopes, fossil-casting, badge-making, and best of all a sea-shore safari where, with the help of an expert, we found things we would never have spotted otherwise, including a velvet swimming crab with bright red eyes like tiny car headlights.

The hostel staff were surprised that we were staying for nine days but there was more than enough to do. We climbed the coastal path to Ravenscar, the Victorian resort-that-never-was; walked along May Beck to Falling Foss waterfall; enjoyed the skylarks and the honey-scented heather up on the moors; and explored the ruins of wind-swept Whitby Abbey and the steam trains of the North Yorkshire Moors Railway.

We came back from this trip realising that we could indeed go on holiday with our son, that he would be safe and happy, and that we would feel part of a big, welcoming community. So we embarked on other adventures: to Cornwall, Wales, the south coast and the Lake District, visiting 11 different Youth Hostels in two and a half years. We’ve stayed in a grand old hotel in a room with parrot-patterned wallpaper and a view of Brighton pier; in a cosy tipee overlooking Windermere; and in a utilitarian shipping container at the Eden Project…with no view. At a remote farmhouse in the Brecon Beacons we watched house martins swoop from the eaves and at a former lifeboat station we saw 500 swimmers thrashing around the bay for the Gower Triathlon.

For many years our son had seemed to live entirely in the present, and he had little idea of the geography even of our local neighbourhood. But gradually his sense of the world and his place in it has expanded. Now he studies the calendar, looks forward to going on holiday, and takes an interest in how we’ll get there, whether by car or public transport. In advance of a trip he ‘explores’ in the virtual world, using Google Maps and Street View. When we arrived at YHA Port Eynon last summer he ran up the steps as if he’d already been there, which in a way he had. He’s beginning to express preferences and attachments to places, asking to go back to those he particularly loves, such as Allan Bank, a family-friendly National Trust house near YHA Grasmere, or his favourite shop, Sam Read Bookseller, also in Grasmere. Some of the things he likes are surprising: until he showed us, we didn’t know that a bridge covered in wire netting could be a musical instrument.

For some autistic children going on holiday is stressful because they are happier with familiar places and routines. While this is not true of our son, who likes new experiences, there is a familiarity about hostels that he seems to find reassuring. He enjoys finding them on the YHA map, and the fact that they form a network. He knows there will be bunk beds, the same colour green duvets, triangles, even the same typefaces on the notices.

Our daughter loves the sociable aspect of hostels: she has hardly thrown off her rucksack before she is dashing off to make new friends, to chat and play. Our son, on the other hand, finds socialising difficult and often doesn’t know how to behave in social situations. Sometimes he picks up other people’s things, walks into them, or stares at the writing on their T-shirts; sometimes he ignores questions, shouts unexpectedly, or repeats the same phrase again and again (this is called echolalia). I have been grateful to all those fellow hostellers who have been non-judgemental and understanding. For example, the woman who came in to the kitchen at YHA Borth and said: “Your son has just asked for some chocolate cake. Is it OK if I give him some?” I was both embarrassed that he’d asked a stranger for food, and proud that he’d asked her politely. Hostel staff have helped a lot too, for example the receptionist at YHA Coniston Holly How who turned the music in the dining room off for 15 minutes so our son could eat there without being upset by the background noise.

I love the old hostels with the metal sign by the front door that says: “The buildings are diverse in character but they have a common purpose: to help all, especially young people of limited means, to a greater knowledge, love and care of the countryside.” And I was moved by the words of former YHA chairman Len Clark, quoted in his obituary in the Guardian on 11 October 2019. He described the organisation as a club that sprang “from a love of the countryside, comradeship, tolerance and adventure”. YHA has celebrated diversity of places, and people, ever since it was set up nearly 90 years ago and I have so appreciated the warm welcome it has extended to me and my family.

END_OF_DOCUMENT_TOKEN_TO_BE_REPLACED 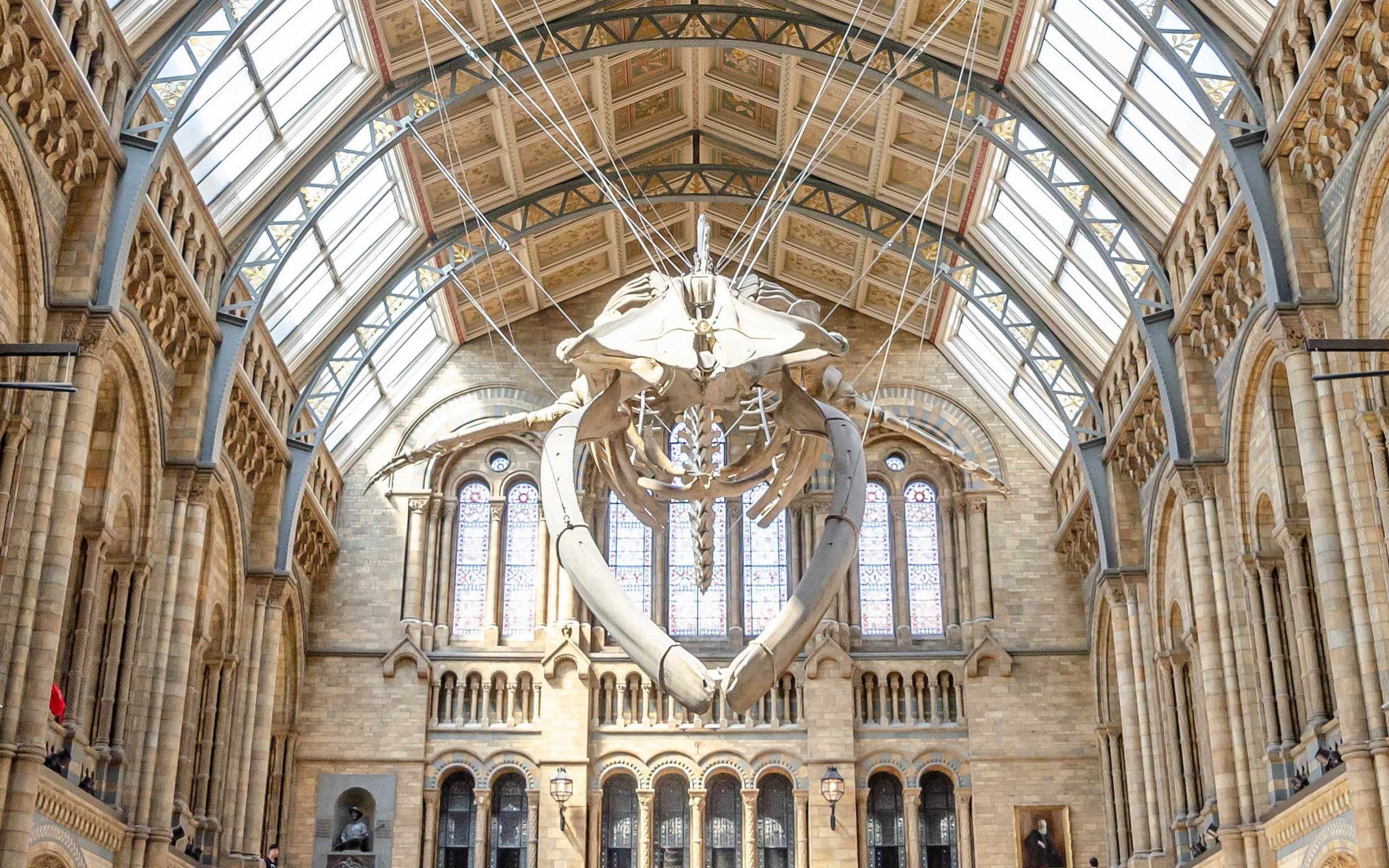 END_OF_DOCUMENT_TOKEN_TO_BE_REPLACED

Destinations Hostelling with my family
Our website uses cookies so that you get a great service. Continue to use the site as normal if you're happy with this, or find out why we use cookies.Ok