A planning application has been submitted by YHA (England and Wales) to open its first Super Hostel in London.

If planning permission is granted, the 850-bed world class Youth Hostel will be built by YHA next to Queen Elizabeth Olympic Park, near to Stratford Tube station and Westfield Shopping Centre and a short walk from Stratford International mainline station in east London. Construction will start in 2017 with plans for the Youth Hostel to open in early 2019.

The proposed purpose-built £30 million Youth Hostel will be nearly three times larger than any other property within the YHA (England and Wales) network, making it ideal for group accommodation. The super hostel will include en-suite bedrooms, bars, restaurants, conference and meeting facilities and a self-catering kitchen as well as the popular communal spaces that YHA has become well known for. The site will make a great base for visitors to the Queen Elizabeth Olympic Park and associated facilities as well as central London.

Commenting on the plans for the world class Youth Hostel, YHA (England and Wales) Chief Executive Caroline White said: “This is a very exciting time in YHA’s 85-year history in England and Wales. We are responding directly to the needs of today’s young people and their families with our plans for YHA London Stratford. Once built, it will further our vision to reach more young people and enable them to discover the capital with their school, group or family.”

YHA currently has seven Youth Hostels in London which have high year-round occupancy rates and form the backbone of the youth hostelling charity’s financial stability.

Since 2010, YHA (England and Wales) has invested £30million in its network of more than 160 properties in both rural and urban locations, creating contemporary, comfortable accommodation that is helping attract more guests. During this period, occupancy rates have risen from 50% to over 60%, overnight stays increase from 1.7 to 1.8 million and income increased from £39.4 million to £46 million.

In addition to the proposed Youth Hostel adjacent to London’s Queen Elizabeth Olympic Park, work is already underway on a brand new property – YHA The Sill at Hadrian’s Wall in the Northumberland National Park, which is expected to open in 2017. A number of refurbishments are also currently underway across YHA’s network, including YHA Swanage in Dorset, YHA St David’son the Pembrokeshire Coast and YHA Tanners Hatch in the Surrey Hills.

And, if you just can’t wait to stay in London, there’s 20% off some of our London hostels throughout November and December! Book now! 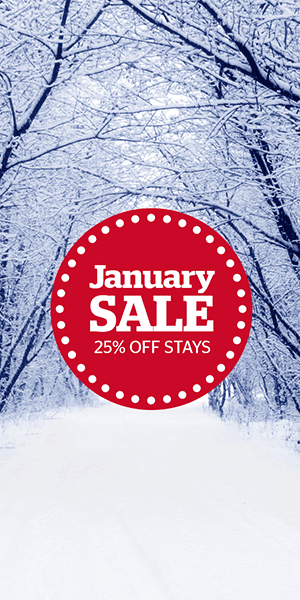