If your calendar’s looking a little bare for the months ahead, heads up – we’ve picked 11 upcoming events from around England and Wales to help you make your 2019 a memorable one.

God’s Own County loves a bit of Lycra. Early May sees the fifth edition of the Tour de Yorkshire take place, and it’s testament to both the prestige of the event and the natural beauty of the backdrop that last year’s race was televised in 190 countries. This year both the men’s and women’s events have stages along the stunning coast.

Where to stay: Both races pass near YHA Boggle Hole and YHA Whitby, with the men also riding close to YHA Beverley Friary.

Brighton is a cultural perennial but May sees the seaside city at its kaleidoscopic best, thanks to its now widely reputed annual three-week arts festival. This year’s guest director is African singer-songwriter Rokia Traoré, and visitors can expect a schedule covering everything from dance, theatre and debate to comedy, film and contemporary music. The opening parade is a spectacle in itself, featuring thousands of local schoolkids.

Where to stay: Where else but YHA Brighton?

Outdoor gear? Check. Festival glad-rags? Check. The Lake District knows how to combine time on the fells with a party feel – not least when the Keswick Mountain Festival’s in town. Returning to the banks of Derwentwater in mid-May, the four-day event packs in live music, inspirational speakers and numberless opportunities to make the most of the outdoors.

Where to stay: There’s on-site camping at the main Festival Village – or book a bed at YHA Keswick.

Running low on inspiration? You know where to come. Launched in 2011, York’s award-winning Festival of Ideas serves up a stimulating whirl of mostly free events, ranging from talks and exhibitions to guided walks and family-friendly activities. The festival is founded “on a passionate belief in the power of education and ideas to transform lives” and draws audiences of more than 40,000. Events take place in the city centre.

Where to stay: YHA York is a short walk from the centre.

Goggles at the ready. Europe’s biggest open-water swimming event now draws around 10,000 swimmers to England’s largest lake, the ever-lovely Windermere, for a long weekend of watery workouts. Take your pick from six distances, ranging from a family-friendly 250-metre course to a tough 10k.

Where to stay: YHA Ambleside, YHA Windermere or one of our other many Lake District properties.

With the likes of Yoko Ono, Skepta and Janelle Monáe already confirming their involvement, this year’s Manchester International Festival will be continuing the event’s tradition of showcasing bold creativity and top-tier artists. The New York Times (no less) has described it as “one of the leading worldwide incubators for new, cutting-edge art” – expect global performers, cultural innovation and powerful visual arts.

Where to stay: The classy canal-side confines of YHA Manchester.

The sight of rainbow-hued hot air balloons clustering the West Country skies has become an iconic one – and for good reason. The Bristol International Balloon Fiesta has grown into Europe’s largest annual hot air balloon meeting, attracting more than 130 balloons from around the world. The sky-filling spectacle is just one part of a weekend that also includes fireworks, fairground rides and other entertainment. Take time to explore this vibrant city too.

Where to stay: YHA Bristol sits less than three miles from the site.

Kids like castles. Kids like cheese. It makes this fun, free annual event something of a godsend for any families with hungry, history-mad little ones. Set at the foot of Caerphilly Castle – the second largest in Britain – it features medieval re-enactments, craft stalls and an admirably large quota of local food and drink producers. There’s live music, dancing displays, a funfair and, yes, a dedicated cheese market.

Where to stay: YHA Cardiff Central is less than a half-hour drive away.

You won’t need telling that the Peak District holds some of the best walking in the country. This one-day event is a great bet for anyone keen to join a large-scale hiking event with like-minded outdoor-lovers – and there’s even the option of raising money for YHA in the process. There are two walks to choose from, measuring 25k and 50k.

Where to stay: YHA Edale is well placed.

Triathlons, they say, offer three times the fun. Find out for yourself by joining this award-winning tri through some of Wales’ most spectacular coastal scenery. There’s a 1.5k swim, a 37k bike ride and a 10k run, all of which do a fine job of showing why this part of the country consistently draws rave reviews.

Where to stay: YHA Port Eynon, or YHA Gower on Exclusive Hire.

Less vaunted than some of the UK’s other arts festivals, this autumn event has in fact been running for well over 30 years – and has the audience to show for it. Regularly drawing more than 60,000 people to Kent’s cathedral city, it takes place over two weeks and puts on some 200 free and ticketed events. Venues include an authentic 1920s spiegeltent, the modern Marlowe Theatre and even the UNESCO-listed cathedral itself.

Where to stay: The Victorian YHA Canterbury.

YHA is well known for providing high quality, low cost hostels, camping and glamping throughout England and Wales, as well as autism friendly accommodation. For 90 years, we have been working to transform young lives forever through travel and real adventure. As a...

END_OF_DOCUMENT_TOKEN_TO_BE_REPLACED 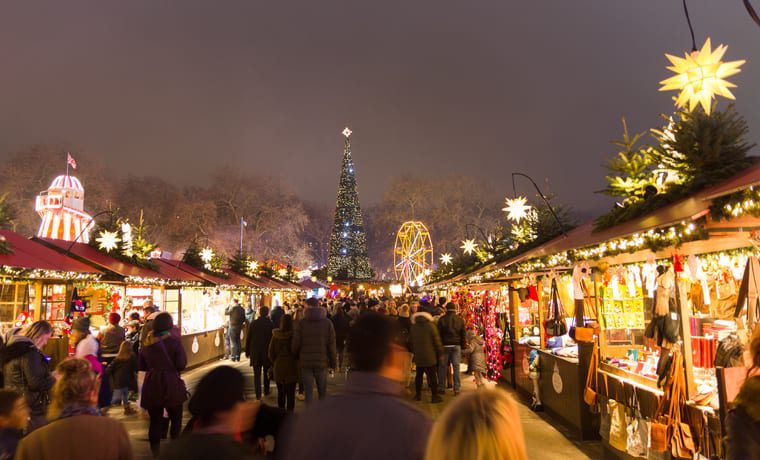 No shilly shallying when there’s so much chalet-based shopping to be done. From the enormous and European to the little and local, here are seven cracking UK Christmas markets. St Nicholas Fair York 14th - 22nd December Stay:...

END_OF_DOCUMENT_TOKEN_TO_BE_REPLACED

Christmas is fast approaching. Before you know it, it’ll be time to put into action those all-important New Year’s plans! Some people think NYE is overrated and some people love it but either way, it’s highly likely you’ll need...

END_OF_DOCUMENT_TOKEN_TO_BE_REPLACED

The Journey: spring 19 11 good reasons to make 2019 unforgettable
Our website uses cookies so that you get a great service. Continue to use the site as normal if you're happy with this, or find out why we use cookies.Ok